Of all the sports, it is probably hardest to compare the players in football.  How do you accurately compare an offensive lineman with a quarterback?  Or, an offensive player with a defensive player? Who is the greatest NFL player of all-time?

Football is the biggest sport in America and also makes the list of 10 most watched sports in the world. The NFL attracts a lot of money through TV rights and sponsorship.  All combined this helps to produce some real greats.

Over ten decades of phenomenal and intriguing football enjoyed in the NFL, the league has seen some of the best players. Most of whom have hung the boot already, a few still actively present in the game while others are at the horizon of their careers.

These players are the primary reasons thousands pull through to various American football stadiums in flags and colors to enjoy another wonderful, entertaining pro football event. They are the threshold of the gridiron world.

Here are the greatest NFL players of all-time

Throughout the course of the NFL’s illustrious history, there has been quite the share of iconic figures.

What are iconic figures? People whose faces are engraved in the game of football and and who simply are considered to be a household name.

Tom Brady is a walking legend as he is the face of the New England Patriots’ dynasty.

Brady has numerous NFL records and arguably played two of the greatest seasons ever played by a quarterback, in 2007 and 2011. 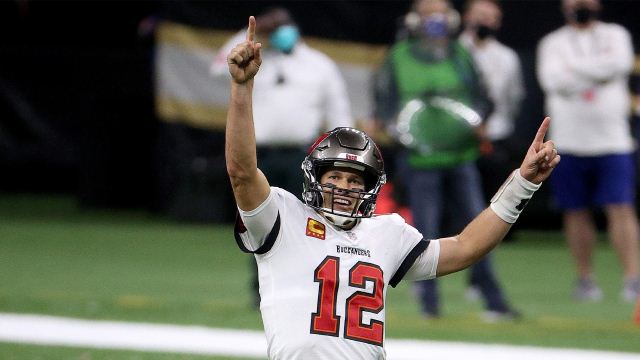 The Minister of Defense is one of the most decorated players in NFL history. Reggie White terrorized every opponent he faced. He has won many awards including two defensive player of the year awards. Reggie has appeared in 13 Pro Bowls and 12 All-Pro nods. He also earned himself a Super Bowl championship with the Green Bay Packers.

White was a was a monster of a man on the field, he showed great strength to shed blockers and he also showed impressive speed to chase down ball carriers.

Definitely the greatest of all time, Jerry Rice topped every category you’d expect a wide receiver which was his playing position to lead. It’s no surprise the official sporting news bulletin named him top list among the 100 football greatest.

He played in 13 Pro Bowl, earned 10 First-team All-Pro, won three Super Bowls and was named Super Bowl MVP on one of those occasions. In 2005 he hung up the boots to his playing career and a few years later he celebrated his Pro Football Hall of Fame induction.

Top NHL Players : Who are the top 10 hockey players ?

Deion “Primetime” Sanders is 9 on our list of the 10 Greatest NFL Players of All-Time. Sanders was a huge man on and off the field. Whenever he touched the ball he seemed to produce a moment of magic for his team.

Sanders is the only man to appear in a Super Bowl and a World Series, to hit a MLB home run and NFL touchdown in the same week. Another impressive stat is he has 2 Super Bowl title’s to his name and he is the one of two players to score a NFL touchdown six different ways.

He spent a stint of 9 seasons in the NFL and earned an invitation to the Pro Bowl in every single season he played as well as an 8-time First-team All-Pro. Jim Brown emerged NFL champion with the Cleveland Browns in 1964 and was voted NFL MVP thrice.

He sets a number of rushing yard records and was inducted into the Pro Football Hall of Fame in 1971.

John “The Golden Arm” Unitas was a true legend of the game. He spent majority of his career playing for the Baltimore Colts. He was a record setting quarterback and the NFL’s MVP in 1957, 59, 64 and also 64. Unitas was entered into the Pro Football Hall of Fame in 1979. His legacy lives on and since 1987, the Johnny Unitas Golden Arm Award has been awarded to the top senior quarterback of the current year in college football. 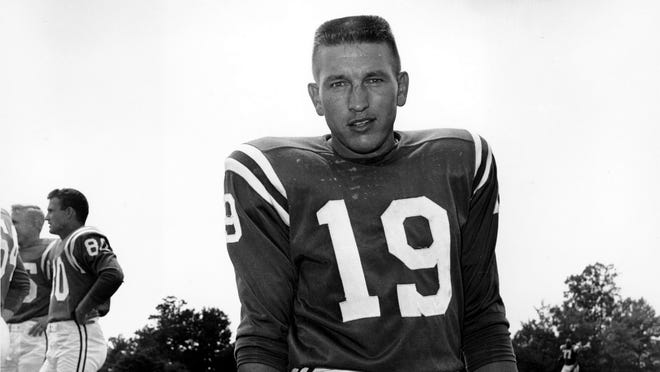 Al Davis could very well be the most famous sporting franchise owner in the entire world—Al Davis is the face of the Oakland Raiders.

Without Davis, the NFL could not be the league that it is today. Whether it was suing the NFL, playing a integral part in merging the NFL and the AFL or simply just being a public figure for the Raiders and the NFL—Al Davis will be forever remembered.

Walter Payton played all seasons of his career in the NFL for the Chicago Bears and was the franchise’s full time running back. Described as one of the greatest American football players in the NFL by coach Mike Dikta, he was a prolific, versatile, swift rusher with a minimum of 300 rush attempt mark.

In the span of a career that lasted 13 years, Payton earned 9 Pro Bowl selections and is one-time Super Bowl Champion. Back in 1993, Payton was inducted into the Pro Football Hall of Fame. 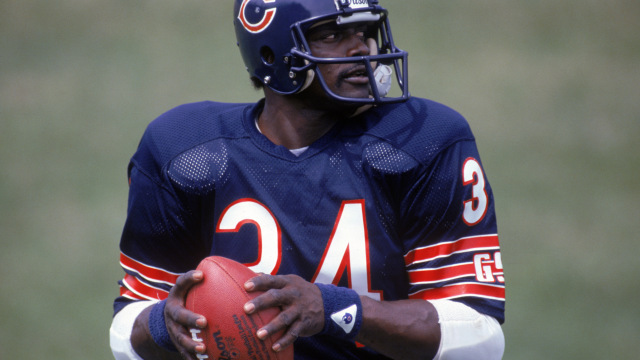 Montana played for the 49ers from 1979-92 and then the Chiefs from 93-94. He was nicknamed “Joe Cool” and he can lay claim to 4 Super Bowl titles and 3 Super Bowl MVP’s. Montana was a cool and confident character hence his name.

Joe was noted for his ability to keep calm under pressure and he helped his team’s to 32 fourth-quarter comebacks which is a very impressive tally.

He was entered into “Football’s 100 Greatest Players” in 1999 and he ranks 3rd on our Greatest NFL Players of All-time list.

Often called by his initials L.T., Lawrence Taylor was a linebacker for the New York Giants. He is widely regarded by media, fans, ex-coaches and players alike as the greatest defensive player the NFL has ever seen. He is undoubtedly one of the NFL greats.

Upon his debut in 1981, Taylor won the NFL defensive Player of the Year. He became the first and only player in NFL history to lay hands on the award in a rookie year. Taylor went on winning series of awards and team titles. Including two Super Bowl championships with the New York Giants and an NFL MVP award. He is also a 10-time Pro Bowler, 8-time First-team All-Pro and 2-time Second-team All-Pro.