It may seem silly to compare Tesla Model Y and Chevrolet Corvette C8, but the automotive industry is full of hilarious examples! Join Virlan today to talk about one of them. 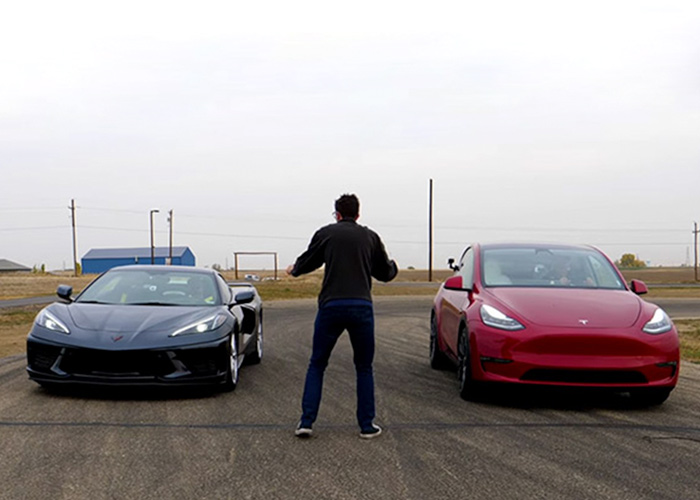 In the new TFLCar video, we can see the drag race of these two dissimilar cars. Although it raises several questions, it’s gonna be a breathtaking race.

Of course, there are significant differences. The Tesla Model Y weighs 1995 kg, while the Chevy Corvette C8 weighs around 1,632 kg. The Corvette is a rear-wheel drive, while Tesla is a all-wheel-drive setup.

The two cars perform almost identically at the start line and surprisingly maintain their short distance to the finish line. Corvette C8 had a slight lead at the beginning, although Tesla Model Y close the distance afterward. The Model Y only beats the Corvette by a bumper. 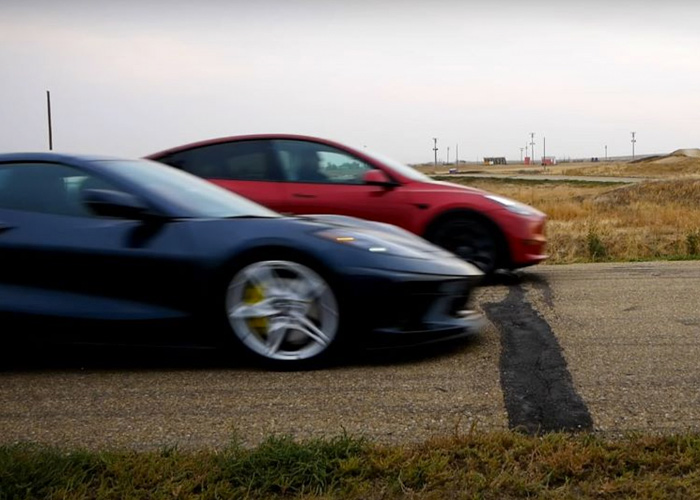 Of course, if the drag distance was longer, the Corvette could change the aftermath. Although we wouldn’t expect a huge different outcome.

TFL also took the two cars to it’s track. Corvette set a new record with a time of about one minute. Tesla Model Y also had a time of 1 minute and 2.84 seconds right behind it.

What do you think about this drag race of Tesla and Chevrolet?