The plot of Christopher Nolan’s Tenet has been one of 2020’s most intriguing mysteries. Tenet, the latest film by Christopher Nolan, is quite confusing. Turns out the plot of this movie is also a mystery to people who have liked it. Join Virlan to know everything about the movie.

Christopher Nolan put a lot of work into making a big movie.

Thrilling and ingenious and action-packed, but also deeply demanding on your grey matter. With all sorts of time-twiddling twists that can make it tricky to decipher who’s moving forward in time, who’s moving backwards in time, and when exactly things are taking place. It’s, fittingly, the most brain-blagging blockbuster since, well, Inception and Interstellar.

Thanks to frenetic cinematography and blink-and-you’ll-miss-it editing, even those who like the film have to admit they have no idea what’s going on half the time.

It’s a word, and a gesture. And, as The Protagonist (John David Washington) comes to learn, Tenet is the name of the secret organization which want to prevent the temporal apocalypse.

What is Tenet about?

In what is arguably the most ambitious and complex film by Christopher Nolan so far, Tenet follows an unnamed CIA agent played by a cool, calm, and collected John David Washington.

The film opens guns blazing, literally. A symphony performance in Kiev is under attack and the unnamed CIA agent, dreadfully referred to in the film as The Protagonist, is sent undercover to retrieve a colleague and a strange artifact.

The Protagonist is captured and tortured, unwilling to disclose any information. He swallows a cyanide pill in an attempt to take his own life. He survives and wakes up to find out the cyanide pill was fake. The artifact was taken, and his allegiance to the agency has caused him to be adopted into a top-secret assignment known as Tenet.

This assignment leads him to a secretive facility in which The Protagonist learns about the threat they face — inversion.

What is inversion? As we experience reality, we see objects and their entropy as they move forward in time. However, objects have been found in which their material has been inverted, causing them to move backward through time. 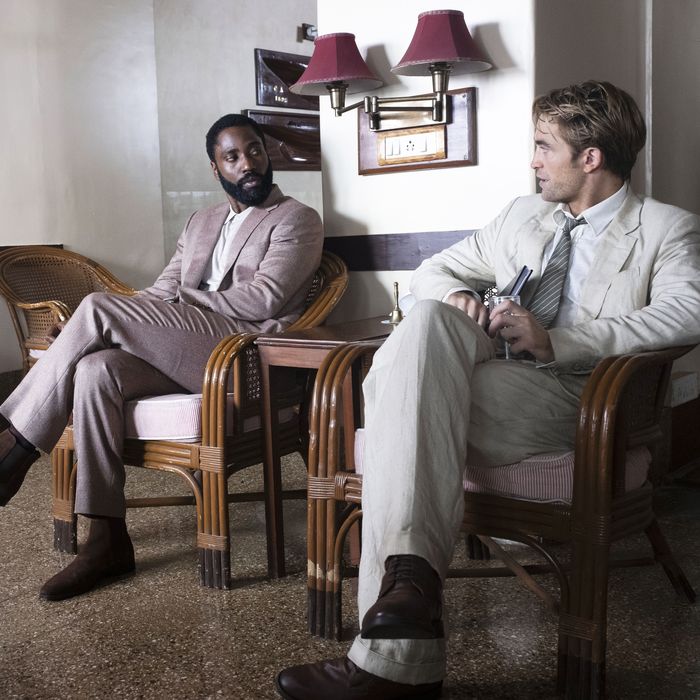 While this is obvious in the scene with a bullet, the real threat appears to be inverted nuclear weapons.

The Protagonist teams up with Neil, played by a witty Robert Pattinson. The duo tracks down the source of these inverted objects to a Russian arms dealer named Andrei (Kenneth Branagh). To get closer to the ultra-wealthy and acutely suspicious Andrei, The Protagonist enlists the help of Andrei’s wife Kat (Elizabeth Debicki). Kat loathes her abusive husband because of his threat to take her son away if she disobeys him.

Without diving into specifics and ending spoilers, what ensues is The Protagonist’s persistent attempt to prevent Andrei’s malicious plan of using inversion technology to end the world. All of which is framed by and achieved through inverted action scenes that have never been seen on the big screen.

When does Tenet take place?

Today, tomorrow, yesterday, and a number of points in-between. Overall, it’s set (roughly) in the present day, but the start of the film isn’t necessarily the start of the story. The Protagonist’s investigation into Sator (Kenneth Branagh) goes forward a few days. Then, the story reverses on itself as the characters ‘invert’ themselves into the past, resulting in a climactic battle that takes place around the same time as the beginning.

Ultimately, the film ends on the same day it begins. The film’s timeline, just like its title, is a palindrome.

The Excellent Cast of Nolan’s movie

Nolan doesn’t have a problem pulling in star power (see Leonardo DiCaprio in “Inception” or Matthew McConaughey in “Interstellar”). But he made the exciting decision of having a rising star this time.

“Tenet” features John David Washington in the lead role. Washington broke through as the star of Spike Lee’s “BlacKkKlansman,” which earned him Best Actor nominations at the Golden Globe and Screen Actors Guild Awards. Washington also has a starring role opposite Dwayne Johnson on the HBO series “Ballers”.

Joining Washington in lead roles are Robert Pattinson and Elizabeth Debicki. Pattinson is rumored to be playing a villain type, although that is unconfirmed at this time. “Tenet” marks a rare excursion to Hollywood blockbusters for Pattinson, who will continue the trend with Warner Bros.’ “The Batman.” Debicki, meanwhile, is coming off the best reviews of her career for Steve McQueen’s “Widows.” 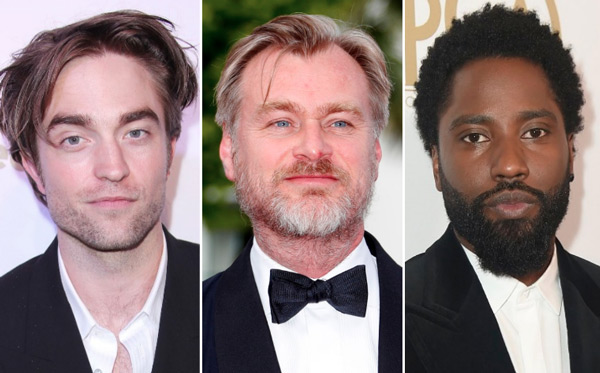 The “Tenet” supporting cast includes Aaron Taylor-Johnson, Kenneth Branagh, Clémence Poésy, Dimple Kapadia, and Michael Caine. Branagh previously starred in Nolan’s “Dunkirk.”. Caine has been a frequent collaborator of Nolan’s as a co-star in “Inception,” “The Prestige,” and “The Dark Knight” trilogy. “Tenet” will be a reunion between Nolan and Caine after the actor sat out appearing in “Dunkirk”.

Where was Tenet Location?

Rarely one for minimalism, Nolan took his team around the world to shoot the film in seven countries – Denmark, Estonia, India, Italy, Norway, the UK and the US. With a budget of $205 million, making this his second most expensive film after The Dark Knight Rises.

Really, what makes a Nolan movie memorable to me, outside of the incredible visuals, is the over-analysis of his jigsaw plots. Following that in real time on a first watch felt like a live global viewing. And what’s funny about digging through this entire thing piece by piece is how simple the plot of Tenet really is: John David Washington is trying to stop an egotistical, sadistic, evil Russian from destroying the world. That’s it!

But Nolan makes this very basic James Bond plot his own by introducing Tenet‘s time inversion. The battle for the future of humanity is being fought through a temporal pincer. Troops are attacking an enemy and simultaneously flanking that enemy with inverted versions of themselves.

About half way through the film, Washington’s Protagonist and Robert Pattinson’s Neil invert themselves to travel backward into the past to fight battles we’ve already seen in the movie. That leads to the reveal that Washington was fighting himself during the big plane crash scene and also taking part in the car chase.

During this part in the movie, fans have already posted detailed breakdowns trying to follow who has what and who is moving in which direction at any given time. I’ve even found a cute little timeline the shows the entire loop visually.

The evil Russian, Andrei Sator (Kenneth Branagh) was searching for nine different pieces of an algorithm that has the ability to reverse the planet’s entropy, which means he’d destroy all of humanity. He was put up to this by evil people in the future who don’t care if we destroy their past.

This is the one plot point, from all of my research while watching the movie, I couldn’t find a good answer for. In the film, Sator briefly says that the future is angry because the past destroyed their environment so their only option is to turn back time. But when the Protagonist points out that this would destroy their future, too, Neil references the grandfather paradox. The paradox is as such:

The grandfather paradox is a potential logical problem that would arise if a person were to travel to a past time. If a person travels to a time before their grandfather had children, and kills him, it would make their own birth impossible. So, if time travel is possible, it somehow must avoid such a contradiction.

If you’re still confused, it’s because this is an unsolvable, hypothetical paradox. 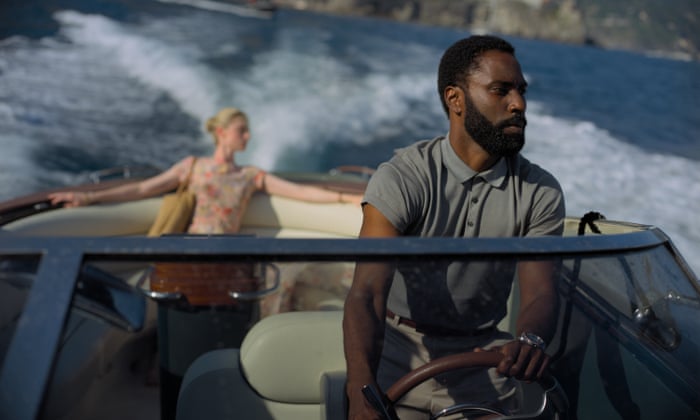 Neil says, “what happened, happened.” Which, I’ll be honest, kind of seems like a cop out to explain the core conflict of your film. However, I do respect Neil’s zen-like approach to time travel paradoxes (he’s doing his best!).

Long story short, they stop Sator, and save the world, but the twists is still there. Neil reveals that the Protagonist is the one who recruited him for this mission. Also, they’ve known each other for years. The Protagonist also notices that Neil has the same bag and identifying markers as a mysterious person throughout the film. The one who saved his life twice, in the end taking a bullet for him.

This means, going forward, The Protagonist will meet Neil for Neil’s first time. Then, go on a bunch of adventures and Neil’s story will end with him saving The Protagonist in a time-loop-esque bromance for the ages.

In the very end, The Protagonist shoots Dimple Kapadia’s Priya saving Elizabeth Debicki’s Kat. He explains that everyone has been working for his future self the entire time. So, one would assume that going forward in his own timeline, The Protagonist sets up the entire plot of the movie to take place in the past and all the events that we’ve seen so far, including recruiting Neil.

In short, the confusion should not distract you from the wildly entertaining scenes in the film. From reverse hand-to-hand combat sequences to epic gun fights to mind bending car chase sequences, Tenet demands your attention.

The stunts, the effects, and the ambition of the film cannot be mistaken for any filmmaker other than Christopher Nolan.