On Thursday, the Food and Drug Administration (FDA) Advisory Committee recommended Moderna vaccine for emergency use for people over 18.

Prior to the decision, the agency released comprehensive data on the vaccine. The same thing happened last week with the Pfizer/Bivantec vaccine, which is now being distributed across the United States after receiving emergency authorization.

Both vaccines have previously been shown to be very effective; But the new data provide a more accurate picture of their side effects and safety.

It is now clear that the injection of either of these vaccines, both of which use mRNA technology, feels more severe than the other common vaccines (such as the flu). In addition, its side effects include pain at the injection site, headache, and extreme tiredness.

About Side Effects of Vaccines

Moreover, the condition described may be particularly true For the Moderna vaccine. About 16% of those who received the vaccine in clinical trials developed a severe “systemic adverse reaction“.

FDA refers this term to side effects such as fever or extreme tiredness that require medical attention and prevent people from carrying out their daily activities.

“You have to anticipate that you may not want to go to work on the day you get the vaccine,” said Peter Hotz, dean of the National School of Tropical Medicine at Baylor College.

For this reason, health systems are warned to take turns vaccinating to avoid the collective absence of the workforce.

These side effects are known as “reactions”. Vaccine manufacturers and regulators accept some degree of reactions to all approved vaccines.

Side Effects of Covid 19 vaccines

According to  Saad Omar , director of the Yale Institute for Global Health, these reactions could be a sign of a failed immune system.

“Think about the mouthwash reaction,” he says. It hurts during the impact. The important thing is to prepare people to know about the vaccine side effects. They may be a little annoyed and have a fever, for example; “But these are short-term, well-known side effects that you should be aware of.”

It’s very important to inform people. These vaccines are more reactive than most other licensed vaccines.

Side effects include pain at the injection site, temporary fatigue, headache, and fever,” said Florin Kramer , professor Microbiology. These side effects are harmless but unpleasant.  “People need to know what to expect.”

More than a quarter of Americans probably or certainly refuse to receive the Covid 19 vaccine even if the vaccine was available for free and had been approved by safety agencies. With the spread of the virus more widely and rapidly in many parts of the world, it is important that people do not be surprised by the side effects of vaccines.

Brendan Nihan , a political science professor at the University of Dartmouth has thought about how to build trust in Covid 19 vaccines. He said:

“Millions of people are going to receive the vaccine. In addition, a lot of people will suffer from the side effects. Side effects are normal and they indicates the activity of the vaccine. We want to be sure that no one will be surprised when this happens.”

Before we get into the details, it is helpful to understand how these companies categorize side effects.

In general, vaccine manufacturers seeking US market approval use the FDA’s Toxicity Assessment Scale to rate side effects and other adverse events from 1 to 4. These scales may range from mild to moderate to severe and life-threatening.

Mild grade 1 side effects are usually easily tolerated and do not interfere with a person’s normal activities.

Moderate grade 2 side effects may interfere with normal activities.

Severe grade 3 side effects are debilitating and require medical attention.

Grade 4 side effects are potentially life-threatening and usually require an emergency visit or hospitalization.

The Food and Drug Administration classifies post-vaccination headaches as follows:

Mild to moderate side effects

For a vaccine to be FDA-approved, any reactions that people experience during clinical trials should be mostly mild to moderate. The safety standard required for vaccines is really high even when compared to drugs.

Vaccines are given to healthy people who, in many cases, do not have a worrying problem. But we are talking about giving vaccines to billions of people.

Charles Voyager, a professor of medicine and ethics at Western Canada University, says even rare side effects are important if they are serious.

The side effects of Moderna and Pfizer vaccines are mostly mild to  moderate. This is why the FDA in the United States and responsible organizations in other countries are in a hurry to bring them to the market.

However, there are important differences between the two vaccines.

Covid 19 vaccines: Comparing Side effects of Pfizer and Moderna

Let’s take a look at the best data released on vaccines. These data are the result of the analysis of the Food and Drug Administration of the second and third clinical trials. Studies show that vaccines are safe and very effective in preventing Covid infections (they are about 95% effective).

“Because we do not have a study that directly compared the two vaccines, it is difficult to compare them directly,” said Hilda Bastin , a medical evidence-reading expert who analyzed Corona vaccine vaccine data.

Side Effects of Pfizer vaccine

For the Pfizer vaccine, according to an FDA analysis, the most common side effects were reactions in injection site (including pain, redness, and swelling), severe fatigue, headache, muscle aches, chills, joint pain, and fever.

These cases were mainly classified as mild or moderate side effects. Severe reactions, meanwhile, were rare. They occurred in zero to 4.6 percent of participants, depending on the complication. In general, side effects were more likely to occur after the second dose.

Side Effects of Moderna vaccine

Now, let’s go to FDA data for the Modern vaccine Trial. The company did not release details of mild to moderate side effects. It generally provided less information than Pfizer. But we know that the most common reactions were injection site pain, severe fatigue, headache, muscle aches, joint pain, and chills.

The FDA said the side effects of the Moderna vaccine were mostly mild to moderate.  However, there are also some specific data for more severe side effects and reactions. For example, 83% of study participants had a systemic adverse reaction with any level of severity; While 15.7% of participants experienced severe systemic side effects and 7% experienced severe local reactions. Depending on the complication, the frequency of adverse events ranged from 0.2 to 9.7 percent. 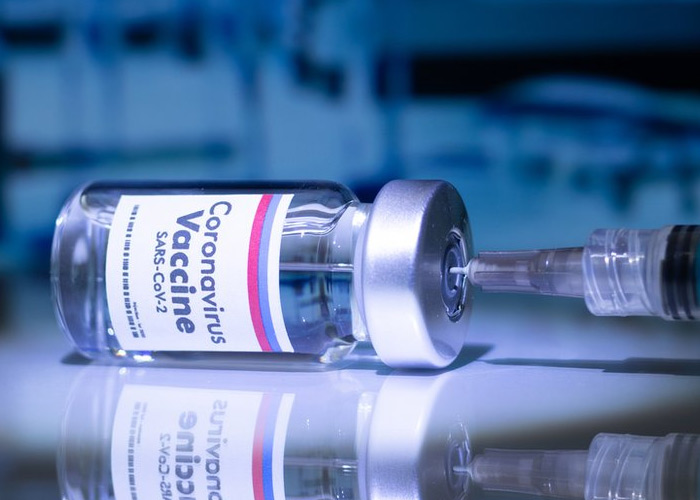 Like the Pfizer vaccine, side effects were more common after the second dose. Above all, side effects that required hospitalization or emergency room visits were very rare.

According to the Food and Drug Administration, less than 0.1% of grade 4 systemic reactions were reported in all groups and doses.

What can be our conclusion about Coronavirus vaccines?

“We know that none of these vaccines carry a high risk of serious side effects, and we can expect them to cause the usual reactions.” says Bastin.

There are important differences. All side effects, especially severe ones, were more common with the Moderna vaccine.

“The big picture is that almost everyone gets systemic side effects with the Moderna vaccine,” says Bastin.

In the case of Pfizer, most people had the slightest reaction; But moderate reactions were also common.

“So, at least for now, the reactions to the Pfizer vaccine seem to be significantly less severe.”

Jesse Goodman, a professor of medicine and infectious diseases at Georgetown University said:

“These vaccines are relatively reactive in comparison to most of the vaccines we usually use. It is difficult to compare the two. But it is felt that systemic reactions such as muscle and joint pain may be more common with the Moderna vaccine.”

Goodman also notes that the rate of adverse reactions was higher in the Moderna placebo group, and that side effects were generally less severe in people who had previously been infected with Covid 19. There is no reason for the public to fear the vaccine. Side effects, if they occur, will be mostly moderate or mild. This is not a strange thing for vaccine researchers.

“The side effects we see are symptoms associated with immune system products (cytokines) that are used when fighting an infection or responding to a vaccine. That’s why people over the age of 65 have a lower rate of these side effects than younger people. This is just a sign of an older immune system.”

There is still much to learn about these vaccines. With all the available data, there are still unknowns about these two vaccines. For example, we may see rare side effects or other severe reactions only when millions of people are vaccinated.

However, the lack of a similar balance in the two different studies is a warning sign. Most importantly, they haven’t tested the vaccines in some special groups; Such as pregnant women or people living with HIV.

In the United Kingdom, two cases of anaphylactic reactions have been reported following vaccination with the Pfizer vaccine . The two, who had a history of severe allergies (a form of allergy that forces them to carry an automatic epinephrine injection machine), developed a potentially life-threatening allergic reaction.

Allergic reactions were very rare in the Pfizer trial (only 0.63% of those who received the vaccine) and those with severe allergies were excluded.

The Centers for Disease Control and Prevention recommends that people with a history of severe allergic reactions to the vaccine can get the Pfizer vaccine. However, they should be aware of the dangers. Doctors also should monitor them for 30 minutes after receiving the vaccine. Moreover, people who are allergic to one component of the vaccine should not get the vaccine at all.

Severe allergic reactions to the vaccine are generally very rare.

“Of course, this does not mean that all coronavirus vaccines are completely safe or that we know everything about these two vaccines. With the advent of other Covid 19 vaccines on the market, being transparent about what we know is very important if we want people to trust and receive the vaccines. Tell them the truth. Everything else is a form of deception and lying.